NOTICE 2: This page is a shrine, and thus is completely unofficial, so some stuff is incomplete or my own opinion. - BL64 management

King Gizzard and the Lizard Wizard is not made up. I promise they're a real band. They formed in Naarm (A.K.A. Melbourne), Australia, in the year 2010. They make all types of music, but mainly write psychedelic and progressive rock; some tracks are closer to pop, or hip hop, or metal... They're most known for their atypical time signatures and microtonal experimentation albums.

From right to left: Michael, Joey, Cook, Stu, Lucas, and Ambrose.
Click a name below to view more about each member.

Stu plays pretty much everything and writes a lot of the songs. And he's vocalist for a lot of tracks (famous for going "WOO" and "YUP!!").

Ambrose plays a lot of stuff too, but he's known as their harmonicist. His vocals and writing are notably more bluesy.

Guitarist and vocalist, and brings a lot of electronic influence.

Wicked drummer for the band, and co-wrote Infest the Rats' Nest.

The bassist of the band, also works synths.

Special place in our hearts for Eric Moore, former secondary drummer and noted theremin operator... He didn't die or nothin, he just started running Flightless Records and has made
one gizzillion $AUD in vinyl sales!! YIPPEEEE!!

Over the course of their career, KG's released twenty three (23) studio albums. That's an output of, like, 2 albums per year. They famously released 5 albums in one year (2017). They've also put out a bunch of live records, fans have made bootlegs, and there's some demos floating around online too. Click a year to see releases.

"Filmed in Melbourne during the first several months of the COVID-19 pandemic, Sleeping Monster explores the prosaic beauty of King Gizzard & the Lizard Wizard's studio routine. Featuring demos from the album “Changes”, plus the track “Change” recorded live in the studio on film." - Letterboxd synopsis

NEO SEZ: This movie is so good! It's shot beautifully. I love the interview sequences a lot. I love Cavs talking about his weird dream. I love that it kinda felt like a crime movie at times, at least to me (police doggy, smuggling talk towards the beginning, empty garages begging to be the baddie hideout...)... and that jam at the end is sooooo good.

"CHUNKY SHRAPNEL is a feature length live music Documentary from King Gizzard & the Lizard Wizard. Literally bringing the audience onto the stages of their 2019 tour across Europe & the UK, Chunky offers a uniquely immersive experience never before captured on film. A musical road movie dipped in turpentine." - Letterboxd synopsis

NEO SEZ: Amazing footage from on stage, interspersed with quaint green rooms and street scenes. Huge fan of the final scene, where the band slowly gets replaced by other people (including folks from Stonefield and O.R.B.!)... you can really tell these dudes put their all into making a good show AND having fun.

A list of links for archives, articles I like, associated acts, crocodile crochet patterns, red room streams, and whatever else I think is relevant.

I like to collect vinyls, cds, posters, fanmade art, and other cool stuff :-) 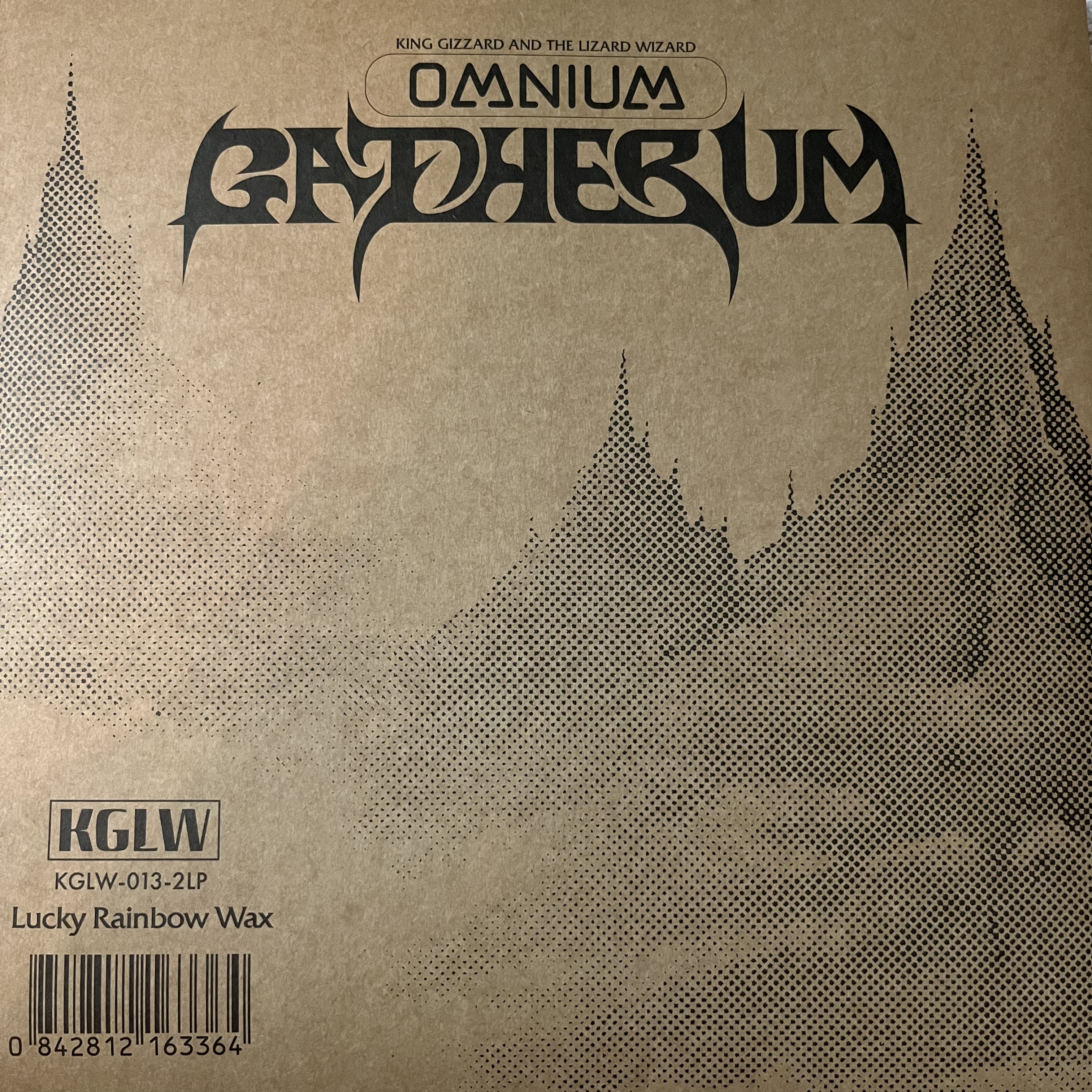 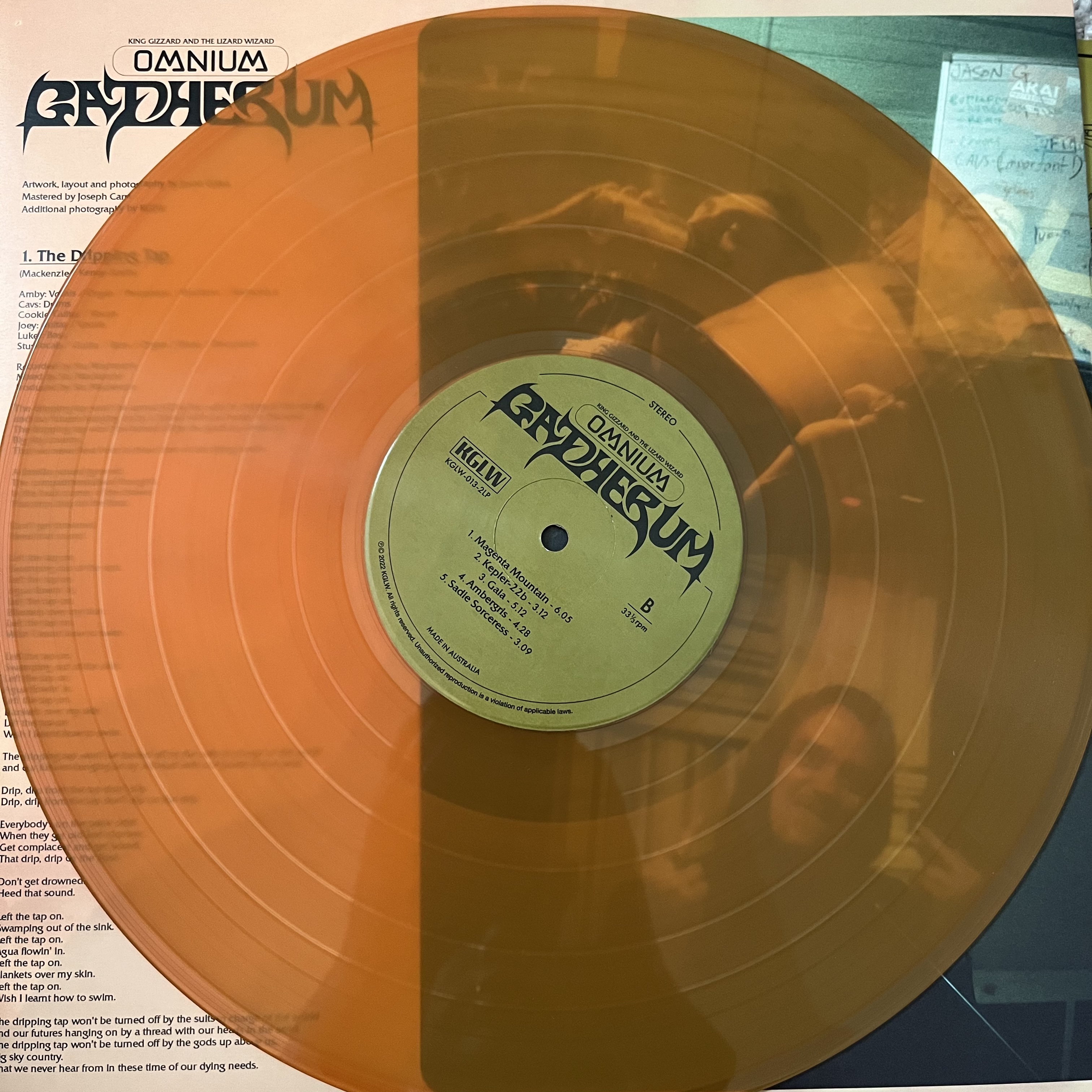 Omnium Gatherum... excellent record!! I got the lucky dip wax, and the blue and orange compliment really well with each other :-) My favorite track is either Ambergris or Candles.

Here's some fun graphix in case you want to show gizzy pride. Feel free to link back to this page, if you'd like.

AMAAAZING BLINKIES from the evilest man on neocities SUPERBUG!

Thanks for looking at my fanpage. I love you. xoxo :-)

HAVE A TIP? Email the webmaster bootleg64@protonmail